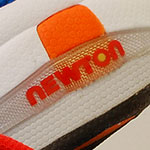 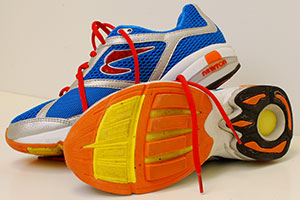 In my seemingly endless quest to find a running shoe that will get me back on track and hopefully allow me to again run in the GO! St. Louis Half Marathon this April, I picked up a new pair of Newton Gravity trainers.

I was anxious to get out and try them, but the morning started out with freezing rain, so I wasn’t sure if I was going to be able to venture outside in the snow and the slush and risk hitting ice patches and taking myself out of the game again.  Luck was on my side and the sun decided to make an appearance by early morning.

Being that this was my first real run back from a hefty respiratory/sinus infection and the fact that my mileage is still way down from where it needs to be, I decided to make this a short 2 miler.  Initial thoughts were that the shoes were very light and didn’t feel too clunky coming from the Brooks cross country shoes that I had been wearing.  The actuator lugs took a little getting used to and I could see this feeling pretty odd to someone who was used to heel striking, but since I was already used to more of a forefoot/mid-foot strike, it was more just adjusting my stride to figure out where the shoe wanted my foot to land.

I set a pretty ambitious pace to begin with, which coincided with the fact that I was just happy to be outside since the brutal cold had decided to lift for a little while.  The shoes felt solid and I felt balanced and fairly nimble.  The one big thing I did notice was the sound.  It felt like I was hitting hard with each footfall, so I was trying to make a conscience effort to stay light on my feet.  When I run in minimalist shoes, I am practically silent, so this made me worry that I was driving my foot too hard into the ground.

After focusing on my stride for a bit, I came to the conclusion that this is just the sound of the actuator lugs hitting the ground, but I do want to monitor this and make sure that I still stay light on my feet and keep the impact to a minimum.

So after this first, albeit short run, I can say that it’s the best I’ve felt running it quite some time.  The day after the run I have noticed some new muscle soreness in my lower legs and a little bit of soreness under my foot where the actuator lugs are located.  Nothing feels injured, just the usual workout muscle soreness.  I have a feeling this will go away in time after I get a little more acclimated to the shoes.

So I know it’s not all about the shoes, but the Newton’s seem to be a better fit for my running style over traditional style running shoes.  Only time will tell, but I will update my progress as it gets closer to race time.